Naturalist who helped develop Ornithology; also known as the “birdman of India”. Physicist who won Nobel Prize in 1930 for his Raman Effect. Physicist, biologist and archaeologist who pioneered the investigation of radio and microwave optics.

Mathematician and physicist; best known for his collaboration with Albert Einstein in formulating a theory related to the gaslike qualities of electromagnetic radiation. Known for his crucial role in the development of India’s missile and nuclear weapons programs.

Biochemist who won the Nobel Prize in 1968 for demonstrating how the nucleotides in nucleic acids control the synthesis of proteins. Mathematician; famous for his outstanding contributions to algebraic geometry. Astrophysicist who developed the Saha equation, which explains chemical and physical conditions in stars. Astrophysicist won the Nobel Prize in 1983 for his research on the evolutionary stages of massive stars. Paleobotanist known for his research on the fossils of the Indian subcontinent. Statistician and physicist who founded the Indian Statistical Institute. 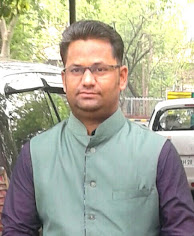